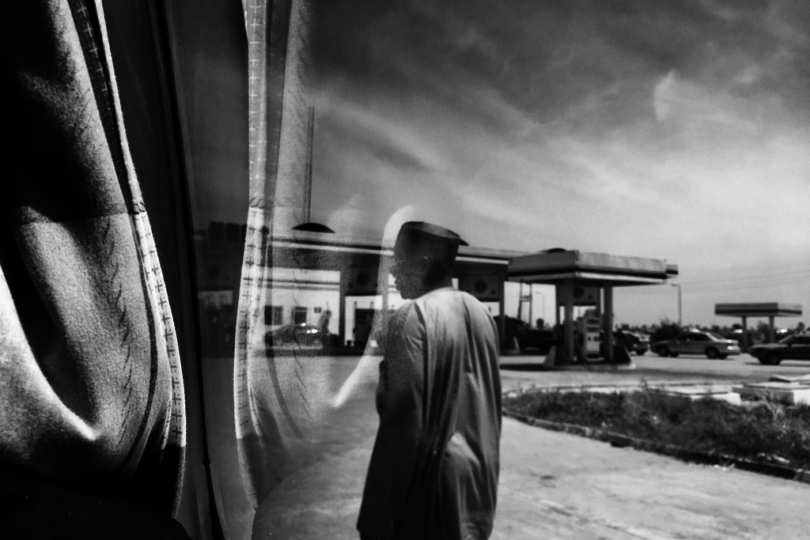 Reflections
So far, the road has presented me with constant avenues for reflections; every space I occupy, the people I meet and interact with, the objects—all of these things somehow present an open vault of silent questions and thoughts. I think of these questions now and wonder why I never asked, why I never gave them a voice. I answer some of the questions myself. The rest remain unanswered. And so the loop continues: space – reflection – questions – pondering – answered – unanswered – repeat. All the bells and whistles
I.
I met a young mechanic boy in Ilorin—Sulaiman, who preferred to be called ‘Slice’, he had suffered a bell accident to his left eyes when he was younger which had completely destroyed it. I still remember the smile that stretched from cheek to cheek when he told his story, his laughter still echoes in my mind from when he teased his colleagues. In his eyes I saw strength, determination and a hint of mischief.
In his space, I thought of the times I would take off my glasses and it would seem like my hearing ceased as well, I wondered if being completely blind in one eye had somehow affected his hearing too. Or maybe his was different? Maybe his hearing had heightened and made up for the loss of his sight?
I would have asked but there was a language barrier.
It is said that the eye is the window to the soul. As I stared at Slice in a bid to force my mind to translate the language he spoke in, I realized his having one eye didn’t mean a smaller window to his person, because, he had worn his personality like a suit of armor. The carpet, the king and his words
II.
They say to be king, you must first serve and to be wise is to be humble. Meeting BM Dzoukogi brought that statement to reality. He sat humbly on his straw mat in the corridor of his house, and welcomed us with open arms. He spoke ever so softly, you could almost hear verses from the songs of Solomon as he spoke and his words elevated his presence such that a mere straw mat seemed like an Iron Throne on which he sat.
He talked about the days, way back when sharing was the foundation of the community, when fear served a fundamental part of the parent-kid relationship and how these values had been swept away with time.
As he spoke I drifted away into memories of my childhood, and how my cousins and I were made to eat from bowls together, I remembered how we cherished those moments and made sure we were each satisfied. I remembered my mom telling me how her own mother, my grandmom, instilled the same thoughts in them as children. Unknown to Mr Dzoukogi, his words had opened up a history, one I had unintentionally forgotten, but still  stuck through to my adulthood.

3 thoughts on “Their Space, My Reflections”