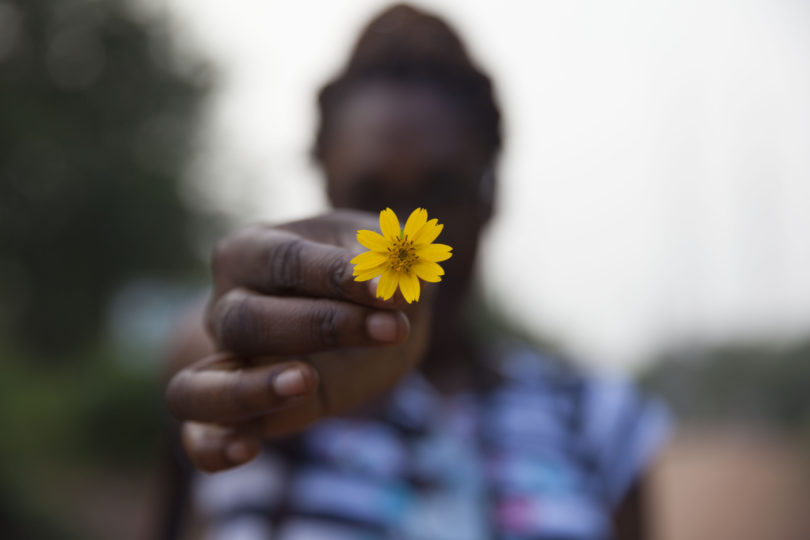 The rain welcomed us to Ibadan.

There is always something soothing about a new place. It is soft, almost palatable, like moist pancakes dressed on a plate for breakfast on Sunday mornings. You taste it as you walk/drive in; this new place with its secrets, mysteries, its beautiful and imperfect things. You savor it as you watch the people watch you, deciding if this stranger can be trusted or ignored. And as you swallow, you will find your answers. A new place will either hold you down like a stomach would a pleasant breakfast, or spit you out with discomfort, unapologetic of its reactions, true to self.

Ibadan held us down.

What makes a city transcend from a past to a present? The time, freezing in place for decades, unwavering like sturdy pillars in a storm? Is it the culture? The people, undeterred and united in force to preserve? It may be both in this city. There is an air of mystery surrounding it, why things are a certain way even after the passage of time and generations. A kindred enigma, pleasing to the eyes as you watch the city flow by. It is calming, almost therapeutic. In time and fashion, from the spicy foods to the people with observant eyes, Ibadan begins to feel like a home you could call a home from your past, significant in your present.

I find the city speaking for itself most of the time. A voice from the past, through the old architecture: corrugated colonial-style rooftops blackened from the elements to zinc roofs rusted brownish-red, hanging over faded painted houses. The ’90’s styled bungalows, some still with ixora hedges planted at the front yard. The University of Ibadan had the loudest voice. It screamed as we drove through its roads, replicate with buildings associated with a time of bell-bottomed trousers and Afro hair. The past glowed around us in the Staff Club, as we sat among intellectuals who had studied alongside revered authors such as Chinua Achebe and Wole Soyinka, one time students that had walked this same University grounds. Now they sat as Professors, reminiscing of a time of glory, of Ìbàdàn, “the city on the edge”.

“In Ìbàdàn, everyone is a freeborn.” Professor Remi Raji says. His eyes are kind, his gait like a father’s. He speaks of the 1950’s and a history of books and authors, of Christopher Okigbo and Mabel Segun, of a time of festivals and growing up as a child in a city that once had no need for doors on the houses, when mothers served all children, when nobody knew the difference between Christian and Muslim holidays because everyone celebrated them together. I see Ibadan through his eyes, existing in his past, guided by his words.

God is present here. He is present in the churches standing next to each other, divided not by fences but by mounds of copiously placed stones, each holding up a painted cross. He is present in the eyes of the Felicia Gbadamosi, the priestess of one of the churches. They watch us with enthusiasm as she speaks of her faith and calling in fluent Yoruba, and as her words flow I notice how aligned the two are, the mixture of indigenous culture and Christian faith, co-existing, just like the past and the present does in this city.  Where does one begin and the other end? How long before the future finally comes, sweeping away this unity of time and space, making it a solid form of a sturdy, uncompromising mass?

I hope for that day to never come, for Ibadan has carved its future. It has successfully united its past and present, a co-habiting of history and culture to the now, this time. It has merged the two in one, creating a part to its future, a future for the generations who will not be told stories but will see the stories. They will visit the house of the first British Colonial Administrator, touching the stone walls and wooden doors that still creak to this day. They will gaze at the city’s landscape from the towering heights of Cocoa House and Bower Tower. They will walk across the roads Aguiyi Ironsi lay as he took his last breath.

And they, like me, will leave with an admiration of the lives of the people. They will remember fondly, the city that stood resolute in their decision to preserve time. And in that moment, there will be a collective willingness to remember, not from stories or folk songs, but of pictures and eyes that saw through God, of a period when two parts of time – the past and the present – lived and existed for the creation of an indelible future.