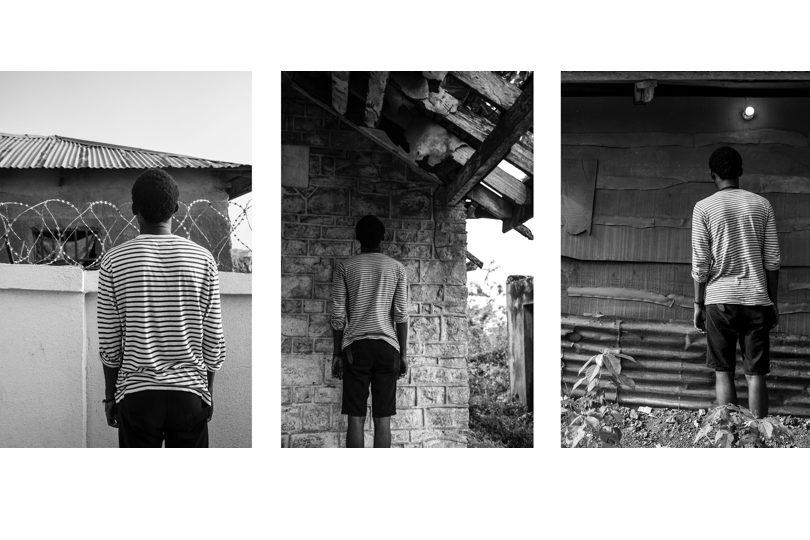 I met a boy in Ilorin who spoke of time in a way that startled me.

Sulaiman—a dark, muscular boy with brown teeth. He preferred to be known as ‘Slice’. He spoke of how a pendulum clock had fallen on his right eye when he was a baby, shattering the ball and permanently closing the eyelid. He spoke of how, over the years, the eye waters and hurts, so that all his life he has had to take drugs to ease the pain. He also spoke of how after secondary school he chose to work in a mechanic’s shop fixing motorcycles. He brushes the  years aside with his hands when he speaks of his secondary school, refusing to dignify it with a time frame. Instead, he chooses to speak of his work as a mechanic.

‘Four years have passed,’ he said. ‘I want to spend another four years.’

What converges in repetition?

I tasked myself, tirelessly, to find a reason to do another trans-Nigerian road-trip. What becomes new to the eye on second looking? I turned to a familiar line of thinking: in writing about images I have found patience to be my most reliable ally. A photograph is of course an interminable instant, born to unravel itself. The observer’s task is to continue looking. I began to consider the road as a long, interminable image.

Or, the road as a metaphor for seeing.

How does a life exercise itself in reiteration?

I tried hard to see, but my eyes were clouded. Everywhere I turned, everything looked familiar—I had been to Ibadan so many times that the familiarity blinded me. The familiar was noisy, an endless echo.

Jesus, in speaking of seeing, said, “The light of the body is the eye: if therefore thine eye be single, thy whole body shall be full of light.” I lift off again with Sulaiman as thinking partner, finding convergence between his eye and the words of Jesus. The eye Jesus speaks of here is as metaphorical as Sulaiman’s is literal. Forced to see with only one eye, what becomes different? Jesus also said: “But if thine be evil, thy whole body shall be full of darkness.”

I submitted myself as a lightless body.

I think of the clouds around my eyes in retrospect: a man bumping into familiar surfaces, plagiarizing himself. On Bower’s Tower, N. made images of me walking into walls. Later that night in Ibadan, I sat with writers, discussing the city’s long literary history. They spoke of Ibadan’s continued sublimity.  They spoke of history, of Ibadan’s many firsts—the University, the Cocoa Building, the Liberty Stadium. They spoke of Ibadan as a literary Mecca, how Ibadan’s air was a compelling recipe for any writer. Behind us, another group of writers were laughing heavily, with smoke from cigarettes forming a cloud above their heads. But nothing changed, except that what I knew coalesced.