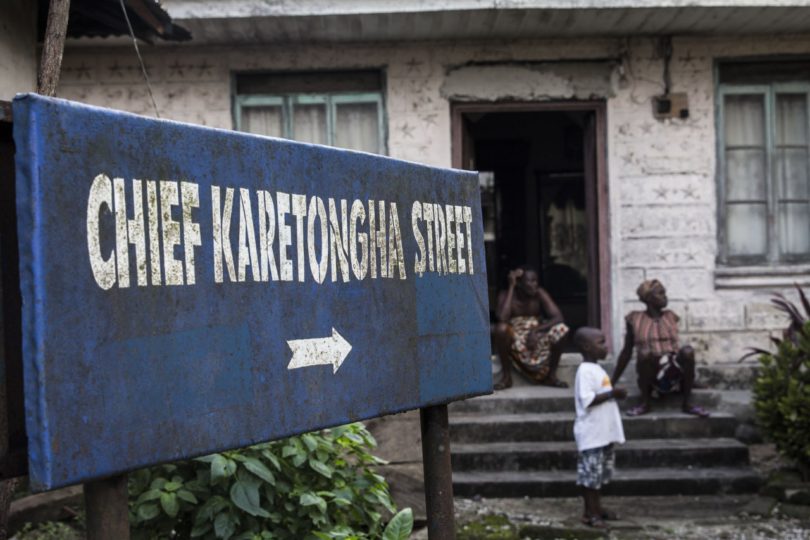 In Nembe, a girl tells me, this town is not safe. You have to have a strong mind to live here. She tells me that boys from the next town attack their town from time to time. She recalls how people in the town had to run into the river to escape a recent attack. On her face, there is that smile that says she has learnt to accept things as they are.

In Nembe too, a man tells us that he was a live witness to the Nigerian civil war. He recalls the day Nembe was liberated from Biafran occupation and in his recollections, he remembers with seeming precision dates and time and year. Where he was and what he was doing as the events of the war unfolded. As if time has gone nowhere, as if memory is not a thing that time erodes.

Most of the movements in the town flow through the smaller of the two town squares. To stand here in this square watching people walk past each other is to see how a place functions as a time continuum. To be in Nembe is to be confronted by what it means to live in a place where history is constantly fraught and the present is always fragile.

On a Monday afternoon, some young boys are gathered around a boy with many scars from cutlass wounds. One of them applies an ointment to the wounds to make them heal faster. The older men in the square sit a little away from them, playing draft. Away from the draft playing men, a mad man is sprawled on the ground. His big toes are painted with nail polish. His choice of colour is fuchsia. It is perhaps a coincidence that he has placed himself between a telecoms shop on one side of the square and the mausoleum of a dead king across. But this placement of his body seems to me, now, an apt metaphor for how the people in Nembe have learnt to navigate the distance between the past and the present.

The houses look as new as they are old. The roofs of old bungalows are taken down for new floors to be added. Between the houses and in strategic places within the town, dead kings continue to live on in well-tended mausoleums named after them. The sky may be permanently overcast from the gas flared not very far from the town, but at the square, traditional Ijaw music, Owigiri, plays on and on. It is not out of place to see women on a Monday afternoon in balconies, waiting their turn to have their hairs made.

The town feels like a feast waiting to happen. Time exists in a flux. At Dispensary Waterside, a dirty speed boat called Snoop Doggy lulls by the jetty. Close by, a boy who wants to be called City Nigga watches us with interest. When the opportunity presents itself, he does the peace sign so that a picture will be made of him. Kene obliges him. As I walk through Nembe, I think always about how a place remakes itself and what it means to live in a place that constantly has to move on from its disruptions. I think always about how a place learns to reimagine itself.