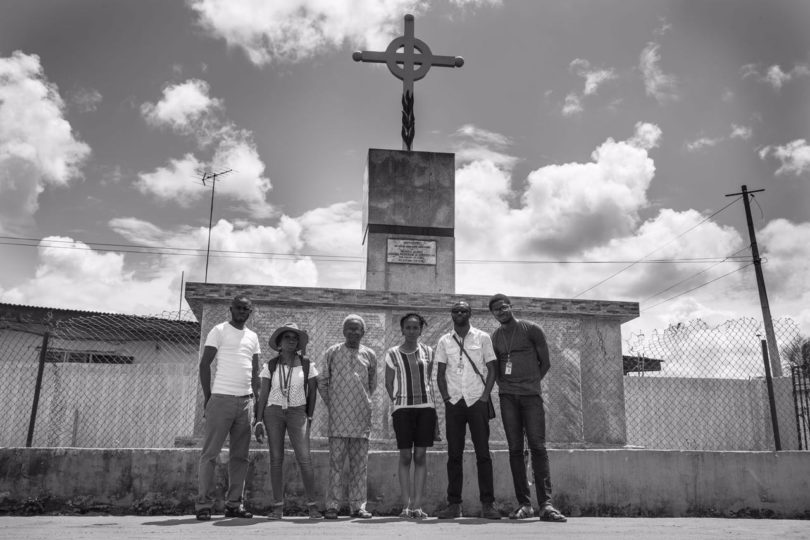 Trouble always carries its own stool…

We sit in the living room of my father’s house in Asaba. The story he tells, of his experience of the Nigerian Civil War and the Asaba Massacre, is new to me. Except for the snippets that I and my sisters have heard over the years – of my father hiding from Federal troops in the ceiling of his father’s house, of my father’s sisters getting raped by soldiers, of my father’s first journey to Lagos to pursue a possible job opportunity. I try to imagine what it must have been like, a teenager having the life you know disrupted in a way so far beyond your control. But life doesn’t ask your permission before it happens to you.

It bothers me, the thought of the town’s unnamed dead from the massacres; the ones whose names were never etched on the marble memorial that stands at Ogbeosowa; the ones whose stories are missing from living memory. The countless anonymous bodies thrown into the Niger or the graves they were made to dig with their own hands. The numbers carted away to an untold fate, torn from the people who knew them, never found. The unaccounted for. Who will tell their stories?

Ahabam – I have chosen correctly

Nnebisi, believed to be the father of the town, is said to have made this proclamation when he stepped foot on the land in Asaba.

Asaba was a different kind of victim during the Nigerian Civil War. Not quite Igbo enough to be unquestionably Biafran and not Mid-Western enough to be Nigerian, Asaba became like the grass where the two elephants of the war came to fight, leaving bodies and excerpted lives in their wake. According to my father, Biafran soldiers would cross into Asaba to launch attacks, and then flee back across the Niger. In the wake of these sneak attacks, the federal troops would march into Asaba to unpack their vengeance.

Asaba is a small place; the town unfolds onto itself.

I imagine that for those who were here at the time of the war and still are now, it is near impossible to escape the past in spite of the new facades that now cover it. My father mentions St Patrick’s school as the place where he and so many others from all around the town were marched and detained for days, where many were raped and killed. We drive past that school compound many times as we go around Asaba. It is hard to imagine that this same place, with its tree-lined driveway, pristine grounds, buildings and roofs a tranquil pale yellow and green, was the stage for such horrors.

I imagine Asaba as a living being, with a pulse, a soul, a memory. I imagine that the untold stories that a place carries remain, eternal, intangible; and that, every so often, a wayfarer might stumble upon a portal that makes them an unwitting outlet for a story whose owner they do not know.

‘…the road to the future is always under construction.’

As I travel through 16 cities with Invisible Borders, a point of focus for me is the question of unity in diversity: how feasible is this supposed unity, considering Nigeria’s chequered past, turbulent present and uncertain future? The effects of the Nigerian Civil War, for example, are still felt today, and though there are the likes of Alhaji Danjuma Baba – a resident of Cable Point, Asaba’s largely Hausa community – whose life is so intertwined with the Igbos, having lived in eastern Nigeria all his life and married an Owerri woman, there are also those like Vulture, a keke driver who wears Biafra as proudly as he does his own skin and boldly declares: Nigeria is not working.

For as many of us who care enough to question, we have our eyes and ears and hearts open. Let us wait and see what the head of this child will bring.