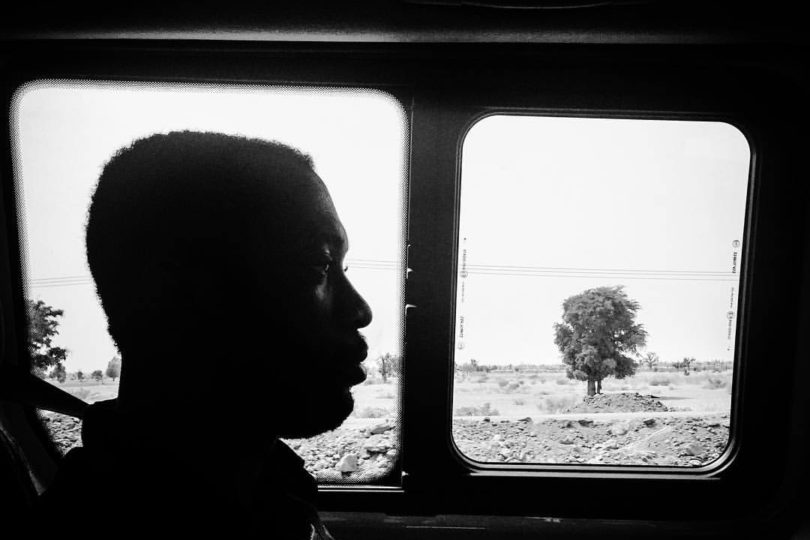 I know a feeling of disquiet, moving from city to city. I know this feeling because in my dream a friend, long forgotten, came to me recounting a moment in our childhood. We circled the Ajaokuta Steel Company for hours, making detour after detour but ending in front of the same taupe metal gate. Our home was a boarding school in Abuja, but the driver, in our school bus, had made a time-consuming error. My old schoolmate was unable to recall if we eventually made it home. I was amused and terrified. If we didn’t return, how are we alive? How is the past so unpredictable?

I know again a feeling of disquiet, changing beds often. In the last six weeks I have scarcely been alone. I turn in my bed to see another reclining male figure. When he turns in his sleep he sees me in a way I’d never see myself. We enter into each other’s lives, in and out of real and imagined worlds, like spirit children. In the middle of an argument a fellow traveler slapped me so hard I fell to the ground. I woke with an unsettling dread. So deep my dread I told him nothing of his violence against me.

Night after night and so near, how did we manage to appease our inclination to hurt each other?

As boys my brother and I made drawings of men wielding guns and knives. A pastime so habitual we were flogged for making little picture books from our notebooks. We called the heroes “actors” and the villains “boss.” As we got older we lost interest in drawing. But the violence our drawings depicted and the violence we now observe has become less distinct, almost interchangeable.

On this journey a gun has been used for my protection, thankfully fired merely in the air. When the shot rang in a highway I was painfully aware of my complicity with brashness. Some men had kept us from moving. They were officials of a local government revenue agency in Ekiti State and claimed our papers were incomplete. They bullied and berated us, threatened to beat us up. They held us until certain policemen we knew arrived suddenly, retrieved our papers, firing in the air.

I was reminded then of the utter bareness of my traveling body: a body that could be harmed or shielded from harm, a body able to cause harm. I often forget I am seen first as a body, before recognized as a mind. There were days I slumped on the bed too fatigued to think. Midnights I woke too alert to finish a thought. And on mornings my ideas became tangled, I faced my co-travelers moody and irritable.

Now, dear reader, as I leave the road, I offer you my thinking face…

I offer my body strained from weeks of travel. I really don’t know what you wish to do with it.