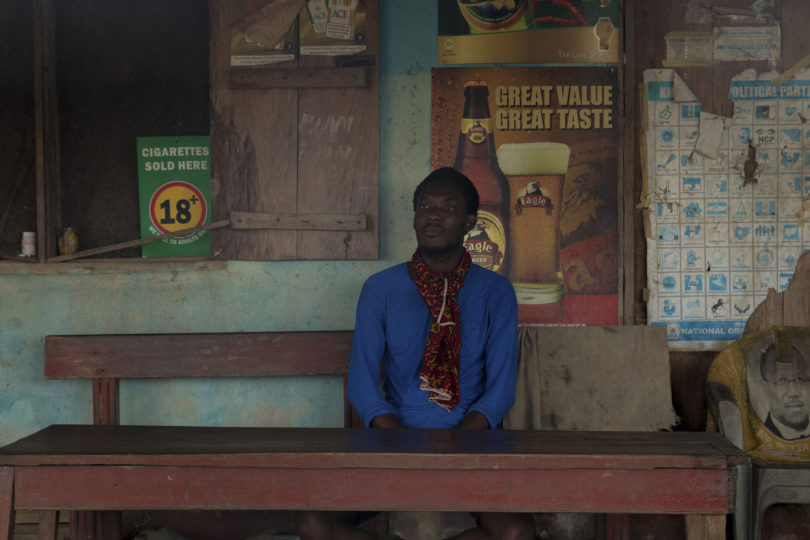 One morning, while taking a walk in Afikpo, I tried to emulate a man whose strides fascinated me. He slanted his neck at an improbable angle and raised his shoulders perpetually. He walked, very slowly, as if his bones were fragile. I admired this manner of walking. I followed him, slanting my neck in the same fashion, trying to raise my shoulders in the same way. I failed consistently in my attempts to walk like him. I continued to try behind him from a distance until he walked into a building and never came out again.

Three men eluded me. I say this because first of all in Afikpo, I failed to grasp Akanu Ibiam.

An incredible opportunity had presented itself: the great man’s daughter, Alu Ibiam, was now the traditional ruler of Unwana, his homestead. The town was just fifteen minutes away from Afikpo. The decision to go talk with her was quick and unanimous—swiftly, we bought a bottle of wine—a traditional gift for those in the know, packed our cameras and journals and headed into the dust to Unwana. All through the road I anticipated the idea of talking with Akanu’s daughter: his role in the Civil War had been immense, and he wasn’t as talked about as most of the other actors of the same degree in his generation. When we got to the palace in Unwana we requested for permission to meet with the her. Minutes after, she sent word back: she was willing to see us. As we arranged ourselves to enter the compound—a large compound with colonial style buildings bordered by gardens—another word came: she was going out and would not be able to see us anymore as previously agreed.

I rode on a motorbike, dejected, towards the river downhill in Unwana. There, we met a man who introduced himself as Chief Inya. He wanted us to know, immediately, that the area around the river was his kingdom. He struck us instantly as an interesting man. He offered us everything: his house, his life jackets to get on the water, his local gin, his palm wine, his pawpaws, his local drums, his wife, his fish ponds—he offered us everything apart from definite answers about himself. I tried to ask him questions at different times but he continued to evade me. He answered with the most ridiculous and deliberately obtuse answers possible. I walked away from him, frustrated.

Days later, I attended a funeral in Nembe. On a wall, a poster of the man’s burial rites:

With Deep Sense of Loss, But With Total Submission To The Will of God Almighty, The Families of Daukoru And Izulu Stools Of The King Ockiya, Berena, Omo Group Of War Canoe House / Yemainain, Karitongha, Group Of Houses All Of Nembe, In Nembe, Local Government Area Of Bayelsa State; Announce The Painful Passing Away Of Our Son, Father, Grandfather, Brother, Uncle & Cousin, CHIEF PHAMOUS SIKEGHA IZULU—DAUKORU. Whose Death Occurred On The 12th Of May, 2017 At The Age Of 61 Years (1956—2017).

They hung robes of different kinds around the burial venue. I asked what the robes signified. He was an important man, someone said. You only show these robes at an important funeral.

I took a photograph of the poster—a continuous reminder to myself of one more man I never met.

I must tell you now, dear friend, that I write you from a place of disconsolation. What remains irrepressible, even now, after all my kilometers unjourneyed is this inexplicable longing. Perish now the thoughts of returning to long lost lovers, or missed opportunities, or discontinued conversations—but permit me, always, unrestricted access to saudade.