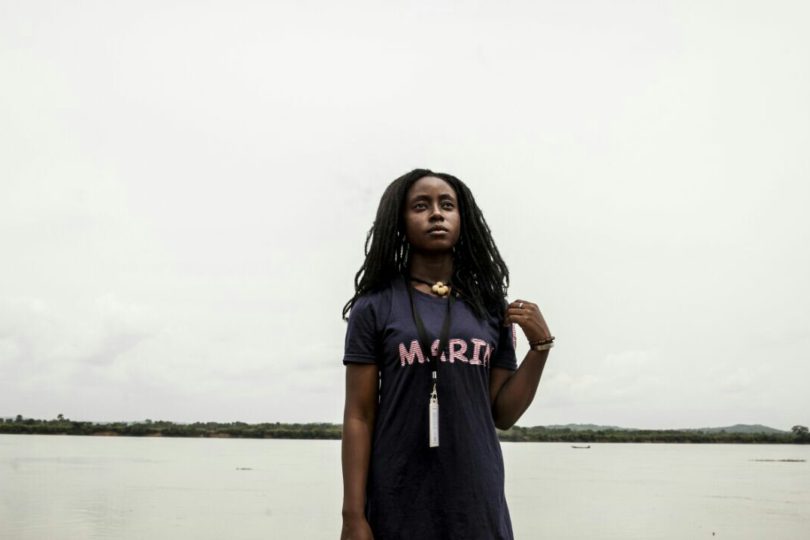 On Mount Sobi, a place of solitude and prayer, we meet a woman who tells us she is a Muslim at home, and a Christian on the mountain. No one knows when I come here, she says. And when I return home in the evening, everyone assumes I am coming from the charcoal market.

This is the freedom I aspire to, the kind that enables one to slip in and out of many selves. But how many lives can a person live to escape, even momentarily, the burrowing eyes of others?

It’s the way she tells us, in a voice laced with agitation, to not record the conversation, to not take photographs of her. While she’s here going about her life the way she has taught her heart to, trying to circumvent a religious system that demands she ought to live in a particular way, who knows who will see the photographs if they get made? Who knows what will become of her? Wait, wait, she says, are you trying to take photographs of me? Have you been recording this? No no, please, don’t.

In Raheedat’s Restaurant one morning, I find loneliness sitting beside the counter in the form of a white donation box for people afflicted with leprosy. Musa, our guide, tells me a former governor of Niger state set up a dwelling place in the outskirts of Minna for those who are affected by the disease.

Your donation will transform the lives of people affected by leprosy

As I read the words written on the box once more, I become filled with an overwhelming sadness. A quick search on the Internet later, I come across a headline “We are leprous but we are also human beings.” I imagine them there, a people set aside, their hopes receding. The aching sadness I bore earlier, returned.

We sit listening to T., a lecturer at Ahmadu Bello University, as he narrates the incident that has made him confined to a wheelchair for fifteen years. It’s the way he moves his right hand, as though he is reaching out for something only he can see, something that has eluded him several times, but he keeps stretching his hand anyway, hoping to catch it this time. He tells us how it all began: after the crash, he was pulled out of his car. No proper agency in the country to attend to such emergencies, so the people around him—though unequipped and untrained for such occurrence—helped him the way they could. They carried him the way they could, oblivious of the bones under strain. I listen, the softness of his voice a total contrast to the hardship life has handed to him.

For someone who often grapples with the concepts of dependency and vulnerability, I ask him how he feels about constantly being at the mercy of other people. How did you learn to accept care from your loved ones without being consumed with the guilt that you’re taking up too much space in their lives?

He looks away, far into the nothingness before him. “I have no choice,” he says. “I have to depend on them. It is what it is”

He tells us it’s in those moments of acceptance of his present, moments of fear, of vulnerability, of being despairingly lonely, that he himself learnt to be tolerable towards others. “These people are no longer living their lives, they are now living theirs and mine. Everywhere they go, they wonder where I am, what I’m doing, how I’m doing.”

It’s no longer as interesting as it used to be, seeing others without being seen by them. Perhaps it’s the same melancholy in the eyes of some of the people I have encountered, the kind that reaches out to me, saying: Excuse me, don’t I know you from somewhere?